13:52
Ukrainian military kill family in Kherson because of their debts
18:39
Ukraine will plunge into total darkness in a few weeks
17:09
If the West caps prices on Russian oil, Moscow will not shoot itself in the foot
15:53
US seriously considers supplying Boeing's GLSDB long-range artillery weapon to Ukraine
15:16
Russian Defence Ministry: Over 100 Ukrainian soldiers destroyed in one air strike
14:55
Russia responds to remarks about Washington getting ready for conflict with Moscow
19:40
Putin answers question about further mobilisation in Russia
18:37
Video shows Russian Su-35 destroying Ukrainian aircraft
17:05
Former US Marine Corps general commands PMC Wagner foreign fighters

Jeanna Giese is nervous about classes and meeting new friends. 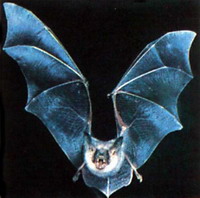 But Giese is not your average freshman. She is a medical marvel who has been studied and chronicled for nearly three years as a one-of-a-kind case: She survived rabies without vaccination.

Her new classmates, and anyone else who runs into her on the Marian College campus, will be hard-pressed to tell that she had to relearn how to talk, walk and function.

Giese does not dwell on her past.

"I'm going to school just like anyone else," the ebullient 18-year-old said Tuesday, the first day of classes. She lives at home and commutes two miles to the private Catholic college of about 3,000 students.

Doctors report on her progress in Thursday's New England Journal of Medicine. She has recovered "remarkably well" and should continue to improve, said Dr. Kenneth Mack, a Mayo Clinic neurologist.

Rabies, a viral disease spread by the bite of an infected animal, attacks the nervous system and is usually fatal once symptoms develop. The other five people known to have survived it after symptoms appeared either were vaccinated in advance or received vaccine soon afterward. All but one ended up with persistent movement difficulties.

But Giese was not hospitalized until a month after she was bitten by a bat that had flown into her church. She had picked it up to take it outside.

In a desperate attempt to save her, Wisconsin doctors intentionally put her in a coma and gave her a slew of antiviral drugs and other medications to prevent a cascade of events that causes nerve cells to die. She spent two months in intensive care before returning home on New Year's Day, 2005.

Then the hard part started.

A tutor helped Giese finish her sophomore year of high school so she could rejoin her classmates in the fall. Physical therapy helped her overcome speech problems, weakness in her left hand and foot, and abnormal movements in her arms and hands.

She can drive a car, scored above-average on a national college achievement test, and has normal cognition, doctors report in the journal.

She still has slight difficulty enunciating words, awkwardness using her left hand and trouble lifting her left foot so that she looks a bit uncoordinated when she runs.

The biggest thing she misses is sports. She used to be a high school athlete, playing basketball, softball and volleyball. When she returned in her third year of high school, she worked as a manager for the volleyball team. But unhappy with not being able to play, she quit in her final year.

"I'm pretty at peace. It still bothers me and will probably always bother me. But I'm starting to kind of let it go and go on with life," she said.

Giese said she tends to be more emotional now and her body overheats easier, but she recovered so well that she finished in the top half of her high school class and received college scholarships.

Preparing for her first day of class on Tuesday, she was all energy and enthusiasm, calling friends on her cell phone, reassuring her mother that she would be OK, and stopping to pick up a free energy drink handed out on campus.

More than any fears over lingering side effects, Giese said she has the most anxiety over having to endure a three-hour biology lecture.

One of the few reminders of what she went through is a blue bracelet she wears on her right arm. A friend made the bracelet for her as a fund raiser. On one side is her name and on the other is written "Miracles Happen."

She plans to snowboard this winter, and rarely hears from the doctors who came up with her storied treatment.

Since Giese's case, it has been tried on 10 people worldwide with no success, although most of the others did not receive all of the drugs Giese did or had irreversible complications or other problems, said Dr. Rodney Willoughby Jr. of the Medical College of Wisconsin. He is the infectious disease specialist who devised the approach.

As more patients are given the so-called "Wisconsin protocol," Willoughby is hopeful it will work on others.

Giese said she feels sad that no one else treated with it has survived. Her mother said the family's faith helped them through their ordeal.

"We're blessed that she's a special person," Ann Giese said. "God had a plan for her."

Giese's immediate plan is to study zoology, of all things, and eventually work as an animal conservationist. She has 12 pets - a dog, a rabbit and 10 pheasants.

Instead of developing a fear of animals since being bitten by the bat, the incident appears to have only solidified her passion and love for them. She is so unafraid of animals, after giving a speech about her case at the Milwaukee zoo on Sunday she was allowed to hold and pet the non-rabid bats on display.

"It's the first time I've actually touched a bat where it wasn't hanging onto my finger by its fang," Giese said.

"I have always loved animals," Giese said. "Sometimes I love them more than people, which is kind of a bad thing to say, but I do."

And if she ever encounters a bat again in the wild?