A Micronesian man accused of a deadly shooting inside a Missouri church was charged with sexual assault. 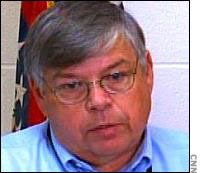 Saimon already is being held without bond on three counts of murder and related charges for the Aug. 12 shooting at a church service of South Pacific immigrants from Micronesia.

In court papers, a sheriff's department investigator said the teenage girl alleged that Saimon was mad at her for stealing his car and wrecking it. The girl said Saimon attacked her as punishment.

Prosecutors have declined to discuss Saimon's motive in the shooting, but family members of the victims have said Saimon was jealous of their standing in the community and feared he might be outcast after the 14-year-old girl made the rape allegation.

All three shooting victims were pastors or associate pastors of the Micronesian congregation.