Son-in-law fired from government fund's board by Kazakh President 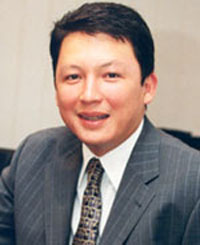 Son-in-law fired from government fund's board by Kazakh President

May be growing scandal over President Nursultan Nazarbayev’s former son-in-law now wanted on kidnapping charges made the head of Kazakhstan dismiss the former husband of his daughter from a top position in a government investment fund.

Timur Kulibayev, the husband of one of Nazarbayev's three daughters, Dinara, lost his job as a deputy board chairman of Samruk, a holding that manages state assets in major companies of the oil-rich ex-Soviet state, according to a decree posted on the Kazakh government Web site Monday.

The decree did not give a reason for the dismissal.

Kulibayev, 40, controls Halyk Bank, the country's fourth largest, and his fortune is estimated at US$2.1 billion (EUR1.5 billion), according to Forbes magazine.

Analysts say Kulibayev avoided politics and kept a low profile - unlike Rakhat Aliyev, the ex-husband of Nazarbayev's eldest daughter, Dariga. Aliyev, who is now wanted on kidnapping and extortion charges, fell out of favor in May, after he declared his presidential ambitions and accused Nazarbayev of dictatorial policies.

Earlier this month, Austria refused to extradite Aliyev, who was dismissed as Kazakh ambassador there after he declared his presidential ambitions.

Aliyev was posted to Austria in February after he was accused of abducting two senior managers of a bank he controlled and fired as deputy foreign minister.

Nazarbayev, who has ruled for 17 years, recently signed a constitutional amendment allowing him to seek re-election in 2012 and in any subsequent vote.

He is hailed for bringing stability and relative prosperity to the ex-Soviet Central Asian nation of 15 million, which has enjoyed double-digit economic growth in recent years.

But his rule has been marred by accusations of autocratic policies, nepotism and the slayings of two vocal critics of his policies, which opposition leaders said were politically motivated.