Prince Charles' wife will not attend this week's memorial service in honour of 10th anniversary of the death of Princess Diana. 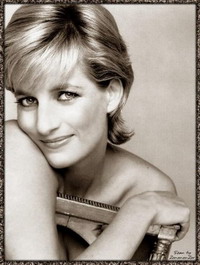 Camilla, Duchess of Cornwall, had accepted an invitation from Charles and his sons, Princes William and Harry, to attend the service Friday at the Guards Chapel in London's Wellington Barracks. But some have criticized that as inappropriate, since Camilla had had an affair with Charles when he was still married to Diana.

"I'm very touched to have been invited by Prince William and Prince Harry to attend the thanksgiving service for their mother Diana, Princess of Wales," the duchess said in a statement. "I accepted and wanted to support them. However, on reflection I believe my attendance could divert attention from the purpose of the occasion which is to focus on the life and service of Diana. I'm grateful to my husband, William and Harry for supporting my decision."

Ingrid Seward, editor of Majesty magazine, said Camilla was right to stay away.

"It was madness to think she should have gone," Seward said.

"I couldn't be happier if I'd won the lottery," said Joan Berry, secretary of the Diana Appreciation Society.

Diana married heir-to-the-throne Prince Charles in 1981 in a ceremony at St. Paul's Cathedral televised around the world. They had two sons, William and Harry, but divorced in 1996 after admissions of adultery on both sides.

Friday's anniversary will be marked with a nationally televised memorial service and specially commissioned prayers.