Valuable stallions placed in quarantine after outbreak of equine influenza

Some of the world's most valuable thoroughbred stallions have been quarantined after an outbreak of equine influenza. 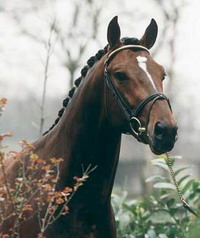 Valuable stallions placed in quarantine after outbreak of equine influenza

The racehorses, which shuttle between Britain and Australia for the northern and southern seasons, are among 52 in New South Wales and 27 in the state of Victoria placed under 30-day quarantine by federal agriculture authorities.

A blood test taken from one horse at Eastern Creek, west of Sydney, showed a strong possibility of a recently acquired infection, federal Agriculture Minister Peter McGauran said. All other horses which had been in contact with that horse had been quarantined, he said.

"All 27 horses in a similar facility at Spotswood, Victoria, will remain in quarantine for the same period of time because some of the horses in Spotswood traveled to Australia with the horses in Eastern Creek," McGauran said.

An outbreak of equine influenza in Japan has suspended all racing in that country.

"The extended quarantining of a number of Australia's top stallions will have a serious effect on the horse breeding industry as the breeding season was due to start on Sept. 1," McGauran said.

"Regrettably, there is no way to facilitate their release from quarantine, which may stretch beyond the predicted 30 days if another horse displays symptoms consistent with EI."

John Messara, president of Thoroughbred Breeders Australia, said a 30-day quarantine would not seriously affect the breeding season but a longer quarantine period could have a severe impact.

"If they are out in 30 days it won't be too bad but there are a lot of horses with big books and it will congest the breeding season into the last couple of months," he said.

"It will be very disruptive to the industry, particularly for horses with very large books of mares."