Google's Brazilian subsidiary not to provide information about criminals 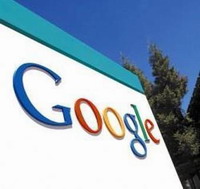 Google's Brazilian subsidiary not to provide information about criminals

Prosecutor Sergio Gardenghi Suiama said that while Google has eliminated the users from Orkut groups, the company still refuses to release their information so that Brazilian authorities can pursue them.

"In some cases Google has not even preserved the evidence we need to file charges against the pedophiles that use the Internet to spread their ideas," Suiama said.

"Google's attitude is ensuring the impunity of pedophiles and perpetrators of hate crimes and shows they are only motivated by profits and are ignoring their social responsibility to Brazilian laws and society," he said.

Google's Brazilian subsidiary and its attorneys did not immediately respond to the prosecutor's comments.

Suima added that if a federal judge handling the case determines that Google's Brazilian subsidiary must turn over the information, Google will have to comply or face daily fines and even the closure of the company's Brazilian operations.

"We don't want that to happen, we want to reach an agreement," he said.

It was not clear when the judge would issue the final ruling.

Suiama said Google claims it is bound by U.S. laws that guarantee the freedom of speech, "which is why they have not given us the information we need to go after these who use the Internet to spread racial hatred and neo-Nazi propaganda."

He said "Google's subsidiary should be bound by the laws of Brazil, where spreading any kind of hate is a crime."

Last year Google Inc. appealed a federal judge's order to turn over Orkut users' numeric Internet addresses, which can help identify them. The company argued that the federal civil court did not have the proper authority.

Named after Turkish software engineer Orkut Buyukkokten, the service lets members discuss a wide range of subjects in Internet forums, or "communities." With some 8 million users - about a quarter of all Brazilians who have Internet access - it is more popular in Brazil than in any other country.