Criminal sexual harassment charges against two 13-year-old boys who were accused of slapping female classmates' bottoms and poking their breasts, were dismissed. 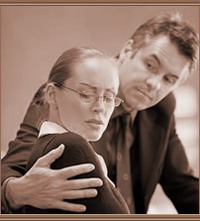 Pressure has been building on prosecutors to drop the charges against Cory Mashburn and Ryan Cornelison, with critics saying they had blown the matter out of proportion and were overzealous. Four girls listed as victims by prosecutors joined in the call for charges to be dropped.

Judge John Collins said Monday his decision was in the "interest of justice."

The boys were accused in police reports of swatting girls on the bottom in a school corridor, grabbing girls' breasts on at least two occasions, poking girls' breasts and mimicking sexual intercourse while dancing.

They were originally charged with felony and misdemeanor sex abuse charges in February.

The judge dismissed the final charges following negotiations between prosecutors and the defense, and discussions with the four girls about whether they wanted the case dismissed.

The boys apologized to the girls in the courtroom Monday.

"I never intended to hurt you in any way," Mashburn said.

Cornelison told the girls: "I hope we can still be friends."

The News-Register newspaper of McMinnville reported that a "civil compromise" reached by prosecutors and the defense called for both boys to apologize, to pay each of the four girls $250 (185 EUR) and to complete a "boundaries education" program.

Prosecutors and defense attorneys said they could not comment on the newspaper report or release details of the settlement because they are confidential.