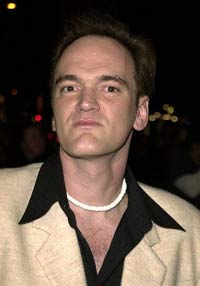 Filipino director Amable Aguiluz, who invited Tarantino to the Cinemanila International Film Festival, said he and Tarantino got caught in traffic some two kilometres away from the presidential palace where they were due to meet Ms Arroyo.

So they left their vehicle and hired "pedicabs"- chauffeured bicycles with sidecars attached - to weave their way through the traffic to reach the palace on time.

The director of such movies as Pulp Fiction and the Kill Bill series apparently enjoyed the novelty of travelling on the pedicabs, which are normally used by Filipinos unable to afford other modes of transport.

"The objective was just to get there on time. But he enjoyed it," Aguiluz said, Melbourne Herald Sun reports.

Filipino filmmaker Amable "Tikoy" Aguiluz, who was riding with Q, suggested the men catch one of those cycle rickshaws, which can weave in and out of a traffic jam. The 44-year-old "Pulp Fiction" and "Kill Bill" auteur, who sported a traditional Filipino formal shirt, arrived 40 minutes late — but still managed to arrive a half hour before his host, President Arroyo.

Tarantino, who was awarded a Lifetime Achievement award at the event, the ninth Cinemanila International Film Festival, says he is writing a book about Filipino films, Lansing State Journal reports.