Christine Levinson, a woman whose former FBI agent husband dissapeared five months ago in Iran claims she's going to seek him there. 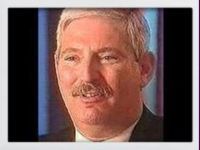 Levinson is ignoring the advice of the State Department against travel to Iran because she is convinced that Robert Levinson is still in the country, she said.

"I am positive he is alive," the mother of seven told The Associated Press in an interview Thursday from her home in Coral Springs, Florida. "If he were hospitalized or had been killed, we would have known by now."

Robert Levinson, who had been an FBI agent in New York and Florida and retired in 1998, was last seen March 8 on Kish Island, a resort off the southern coast of Iran, where he had gone to seek information on cigarette smuggling for a client of his security firm.

Christine Levinson said she believes he is still in Iran because his name has not shown up on any flight manifests of planes leaving the country and his passport has not been used anywhere.

The Iranian government has denied any knowledge of the missing man, but State Department officials have cast doubts on the country's claims.

"We find it incredibly hard to believe their claims given the nature of their society and how they track people in their country," Tom Casey, deputy State Department spokesman, told the AP on Thursday.

The details of Robert Levinson's trip to Kish remain murky. His wife said she found out that her husband apparently met with Dawud Salahuddin, an American fugitive living in Iran who is wanted for the assassination of a former Iranian diplomat in Maryland in 1980.

She said that Dawud told her that he and her husband met on March 8 at the Maryam Hotel on Kish, but that he was taken into custody by Iranian police and questioned about his documents. When he was released hours later, he returned to the hotel and discovered Levinson was gone.

He was told that the authorities were checking Levinson's travel documents and that he would probably be released within days, Christine Levinson said.

She has written letters to Iranian President Mahmoud Ahmadinejad, but has received no response, she said.

"It's so frustrating," she said. "Many nights I fall asleep crying."

She is now in the process of obtaining visas and making flight reservations to travel to Iran with her oldest son, 22-year-old Daniel, a law student. They hope to meet with authorities in Tehran and Kish for help in finding Levinson.

Meanwhile, she says she is trying her best to hold the family together.

"We keep praying," she said. "I tell my kids, `When dad comes home we want to make him proud of us. Keep looking forward."'