The relatives of the September 11 terrorist attacks victims registered a protest to the city plans to move the commemoration ceremony Wednesday asking to hold it at the site of the destroyed World Trade Center. 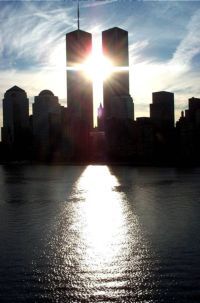 The city has said that ground zero, now undergoing reconstruction, is not safe for the large annual gathering and it plans to move the recitation of the names of victims to a nearby plaza. The site has been used in past ceremonies.

"This is the place we have. A precedent has been set in letting us touch ground zero," said Diane Horning, a representative of one of the family groups.

Family members will have some access to the site - just not to the pit and not for a ceremony, Mayor Michael Bloomberg said.

"It's just not safe," said Bloomberg. "Listen, we've had enough tragedy on that site. Our first priority, No. 1, is to make sure that everybody's safe, and nothing's going to get us off that."

The coalition filed the request with the Port Authority of New York and New Jersey, which owns the site.