“In this battle against vice, no one will be spared, and we will call things by their name,” said Cuban President Fidel Castro during an address broadcast live on Cuban national television to announce a nation-wide fight against corruption. The campaign aims to curb the diversion of funds, which is a consequence of theft and abuse of power in state-owned companies and the expansion of the black market in the 1990's. 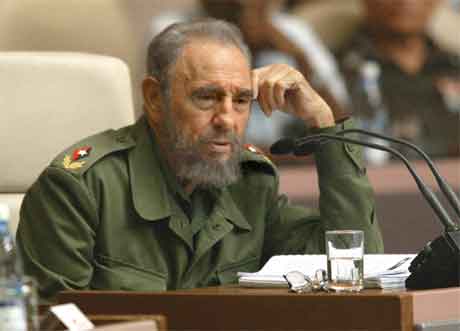 The government's “anti-corruption battle” has taken aim at a wide range of wrongdoings, from illicit enrichment on the part of state officials to the theft of entire containers from the ports, whose contents are subsequently sold on the black market. This is in the origin of the illegal sale of goods within the Cuban territory.

Specialists consulted concur that the shortage of products and services available through legal channels and the high prices for goods sold in both Cuban pesos and hard currency serve to encourage theft and illegal businesses.

Castro made his televised speech at the end of a week of rampant media speculation over his health. Several days ago, a US official purportedly “leaked” a report from the Central Intelligence Agency (CIA) suggesting that the 79-year-old president is suffering from Parkinson's disease.

The Cuban leader responded to these speculations during his address, joking about the number of times his enemies have spread rumours of his death, and stressing that if the time ever comes when he is physically or mentally incapable of doing his job, he will step down. Last week, however, just over a year after falling and badly fracturing his arm and knee, Castro spoke for over six hours standing at a podium, and declared that he feels “better than ever” and is “more determined than ever.”

According to the revolutionary leader, the Cuban regime could never be destroyed from the outside, but corruption could endanger the current living standards. “Either we defeat the problem or we die,” he warned. The government “takeover” of the island's gas stations (all of which are state-owned) a month ago, in which the regular employees were replaced by a contingent of some 28,000 social workers, could be repeated in other businesses, such as pharmacies, hard currency stores and hotels, to root out illegal activities.

“It was quickly discovered that the amount being stolen was as much as the amount of reported sales. Almost one half was being stolen, and sometimes more than half,” said Castro.