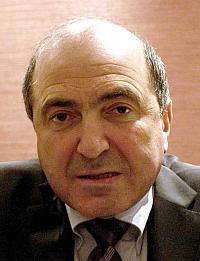 Speculations that Russia would send to Britain a suspect in the poisoning of a former spy in exchange for Britain extraditing exiled tycoon Boris Berezovsky were dismissed by the prosecutor-general's office on Wednesday.

Britain has applied for the extradition of Andrei Lugovoi, a Russian businessman and former KGB member, saying it has sufficient evidence to charge him in the fatal radioactive poisoning last year of Alexander Litvinenko, a Russian agent turned Kremlin critic who had been granted asylum in Britain.

Russia says its constitution prohibits such extraditions, but a Russian lawmaker this week appeared to suggest that Lugovoi could be extradited in exchange for Berezovsky, a onetime Kremlin insider who became a strong critic of President Vladimir Putin and fled to Britain, where he was granted asylum.

Russia has long sought his extradition on charges of economic crimes, which Berezovsky says are politically motivated.

British officials said no such exchange was being considered and the office of Russia's top prosecutor also rejected the idea on Wednesday.

"The prosecutor general of Russia is not even considering this question," an office spokesperson said, according to the ITAR-Tass news agency.

The lawmaker's opinion "is personal and does not reflect the official position of Russian authorities," the report quoted the spokesperson as saying.