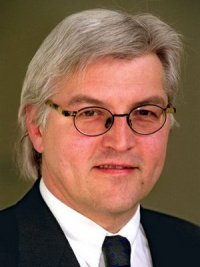 The foreign ministers of Afghanistan and Pakistan are to meet with their Group of Eight counterparts Wednesday. There is a concern that acrimony between the two Asian neighbors is helping the Taliban inflict increase losses on NATO troops and Afghan civilians.

German Foreign Minister Frank-Walter Steinmeier, whose country holds the G-8 presidency, helped broker the meeting with Afghan Foreign Minister Rangin Dadfar Spanta and his Pakistani counterpart, Khurshid Kasuri, during a trip to both countries this month.

Before their afternoon meeting with the Afghan and Pakistani officials, the G-8 foreign ministers traveled from Berlin to the venue in nearby Potsdam aboard a high-speed train.

Rice had no comment on arrival at the station, where snipers wearing black balaclavas guarded the entrances and helicopters hovered overhead.

However, Canadian Foreign Minister Peter MacKay said that "inevitably there will be discussion about Afghanistan and about burden sharing," and about "how we continue with the whole-of-government approach that has to focus on reconstruction and development," particularly in the country's south.

Canadian troops serve in the south, the country's most violent area. Some other contributors to NATO forces, such as Germany and France, restrict use of their forces to the relatively peaceful north.

Afghan President Hamid Karzai and Pakistani President Gen. Pervez Musharraf have repeatedly accused each other of responsibility for the Taliban's resurgence.

Musharraf insists Pakistan is doing all it can to counter Islamic militants sheltering among sympathetic tribes in its remote border region and that Afghanistan is not matching its effort to seal the frontier with thousands of troops.

However, Karzai has accused Pakistan of using the militants to undermine his government and said putting soldiers on the border does nothing to shut down militant bases inside Pakistan.

In recent weeks, Pakistani and Afghan troops have also fought several skirmishes along a contested portion of the border.

In a statement before the meeting, the German G-8 presidency said Pakistan and Afghanistan had been invited to the talks because "the G-8 wants to support cooperation between these two countries, particularly with regard to improving border security, resolving the refugee problem and developing the border region."

Beyond the talks with the Pakistani and Afghan officials, the G-8 foreign ministers are to discuss the situations in Iran, Kosovo, Sudan's Darfur region and the Middle East.

Later in the day, Steinmeier, Lavrov, Rice and U.N. Secretary-General Ban Ki-moon plan to meet in Berlin to discuss the recent escalation of violence in the Gaza Strip and parts of Lebanon.