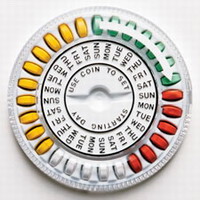 President Luiz Inacio Lula da Silva said the plan will give poor Brazilians "the same right that the wealthy have to plan the number of children they want."

Brazil already hands out free condoms and birth control pills at government-run pharmacies. But many poor people in the nation of 190 million don't go to those pharmacies, so Silva's administration decided to offer the pills at drastically reduced prices at 3,500 private drug stores, said Health Minister Jose Gomes Temporao.

The price for a year's supply of birth control pills under the new program would be 4.8 reals (US$2.4,1.78 EUR), and anyone - rich or poor - can buy the pills by simply showing a government-issued identification card that almost all Brazilians carry.

The number of outlets selling the pills is expected to rise to 10,000 by the end of this year.

When the 100 million real (US$51 million, 37.9 million EUR) program is fully under way, the government expects to be handing out 50 million packages of birth control pills each year.

The Health Ministry said it does not plan to subsidize condoms at private drug stores, but Brazil already distributes 254 million free condoms a year, many as part of an anti-AIDS program, with a special effort just before the debauchery seen during the nation's Carnival celebrations.

During his visit to Brazil May 9-13, Benedict repeatedly railed against legalized contraception as a threat to "the future of the peoples" of Latin America.

But advocates for women's rights applauded Silva's decision, saying it was long overdue in the world's largest Roman Catholic country, though some worried whether the government would follow through.

"Too often, Brazil makes really wonderful laws that remain on paper because there is no political will," said Mary Luci Faria, who coordinates women's programs in Sao Paulo.

Faria said the program could reduce the 800,000 illegal abortions that Brazilian women have each year.

About 4,000 women die from the back-office procedures annually, making it the fourth leading cause of maternal death in Brazil after hypertension, hemorrhages and infections.

While abortion is illegal in most situations in Brazil, Silva said shortly before the pope's visit that it should be considered as a public health issue, and Temporao wants a national referendum on the issue.

Polls show Brazilians overwhelmingly oppose changing abortion laws, but advocates for women attending Silva's speech Monday said they were glad the president took a stand on the theme with the pope. While Silva says he personally opposes abortion, he favors a national debate on it.

"The Church has no right to interfere with what a woman decides to do with her body or her health," said Dr. Eleonora Menicucci, a professor of preventive medicine at the Federal University of Sao Paulo.