A Chicago policeman has been arrested in the off-duty beating of a 15-year-old high school student who suffered a broken jaw and other injuries. 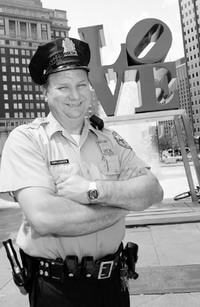 Robert Gallegos, who is charged with aggravated battery, appeared Sunday afternoon in a Cook County courtroom, where a judge set bond at $100,000 (74,400 EUR).

The ten-year police veteran was arrested on Saturday - four days after the Juarez High School student was allegedly attacked.

Prosecutors told the court that Gallegos approached the teen in an alley, hit him and then threw him against a garage; he also allegedly kicked the boy after he fell to the ground.

The teenager's broken jaw was wired shut at a local hospital, prosecutors said.

A lawyer representing Gallegos at Sunday's hearing, Jim Thompson, said he disagreed with the prosecution's version of events, saying the student himself had made threats. As he left the courtroom, Thompson declined to comment to reporters.

The officer's own son was involved in a "verbal altercation" with the teen, which allegedly prompted the attack that occurred later at a location away from the school, according to police.

Prosecutors said Gallegos was accompanied by someone else during the attack, but they did not identify the person. It was not clear if anyone else has been charged in the case.

Gallegos, who was assigned to the department's mass transit unit, has been relieved of his police powers, said a Sunday police statement, which did not give the officer's age.

The judge set June 1 as the next court date for Gallegos.

This is the latest in a series of alleged beatings by off-duty Chicago police.

Earlier this month, officer Anthony Abbate pleaded not guilty to charges he beat a female bartender and threatened to arrest bar employees and customers in a failed attempt to suppress a video of the attack.

Meanwhile, three other officers have been charged in an another alleged fight with four businessmen at a city bar that authorities say was caught on videotape.

The department has been criticized for the way the incidents were handled, including that police acted too slowly to arrest and charge the suspects. Police Superintendent Phil Cline has since announced his intention to retire.