America's lowest-paid workers won a $2.10 (euro1.5) raise, with Congress approving the first increase in the federal minimum wage in almost a decade. 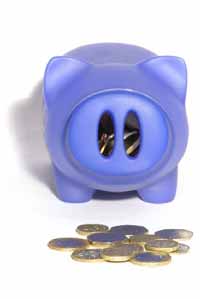 President George W. Bush was expected to sign the bill quickly, and workers who now make $5.15 (euro3.8) an hour will see their paychecks go up by 70 cents per hour before the end of the summer. Another 70 cents will be added next year, and by summer 2009, all minimum-wage jobs will pay no less than $7.25 (euro5.4) an hour.

More than two dozen states and the District of Columbia already have minimum wages higher than the federal level. Minimum wage workers are typically young, single and female and are often black or Hispanic.

For years, the idea of increasing the minimum wage has been stalled by bickering between Republicans and Democrats.

That almost became the fate of this year's proposal. Democratic leaders attached the provision to the $120 billion (euro89.2 billion) Iraq war spending bill, which was vetoed by the Republican-controlled White House on May 1 because Democrats insisted on a pullout date for American troops from Iraq.

But with the House passing a rewritten bill 280-142 and the Senate 80-14, the end is likely near for the longest stretch without a raise since the minimum wage was established in 1938.

Democratic Senator Edward M. Kennedy called the increase one of "the proudest achievements of this new Congress."

Bush announced earlier this year that he supported an increase in the minimum wage.

This would be the first change since the minimum wage went from $4.75 to $5.15 on Sept. 1, 1997, under former President Bill Clinton and a Republican-controlled Congress.

The liberal-leaning Economic Policy Institute, a research group in Washington, estimates that 5.6 million workers - or 4 percent of the work force - earn less than $7.25.