A U.S. judge ruled a former Navy sailor charged with supporting terrorism to remain in jail, saying the man is a flight risk and a danger to the community. 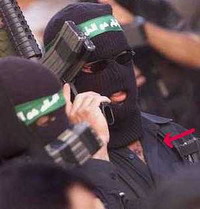 Hassan Abujihaad, 31, pleaded not guilty last month to charges he provided material support to terrorists with intent to kill U.S. citizens and disclosed classified information relating to the national defense. He has been held without bail since his arrest in March in Phoenix.

Authorities maintain he passed on secret information about the location of Navy ships and the best ways to attack them. He was charged in the same case as Babar Ahmad, a British computer specialist arrested in 2004 and accused of running Web sites to raise money for terrorism. Ahmad is to be extradited to the U.S.

"I'm not satisfied the defendant has overcome the presumption of flight risk and dangerousness," U.S. District Judge Mark Kravitz said Thursday in a detention hearing, noting that Abujihaad has a fiancee in Morocco. He also cited recorded phone conversations in which Abujihaad suggested he might flee if things got too tough.

Investigators say he provided secrets, in the form of classified documents, to Ahmad a suspected terrorism financier.

During a search of Ahmad's computers, investigators discovered files containing classified information about the positions of U.S. Navy ships and discussing their susceptibility to attack, officials said.

Abujihaad exchanged e-mails with Ahmad while on active duty on the USS Benfold, a guided-missile destroyer, in 2000 and 2001, according to an FBI affidavit. In those e-mails, Abujihaad discussed naval briefings and praised Osama bin Laden and those who attacked the USS Cole in 2000, according to the affidavit.

Abujihaad, who received an honorable discharge from the Navy in 2002, faces up to 25 years in prison if convicted.