International car manufacturers and energy experts urged to find new sources of renewable energy for vehicles - including advanced biofuels - in a move to reduce the speed of global warming. 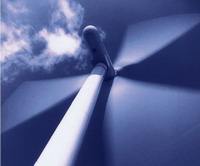 "We're facing a global problem, not a local problem," said Jurgen Leohold, a researcher at one of Europe's largest carmakers, Volkswagen AG. "With the issues of climate change, Europe can't solve the problem alone."

Leohold, who spoke at the end of a two-day conference on biofuels in the Swedish capital, said the German auto manufacturer was working with researchers and biofuel producers to look into a new generation of biofuels, which would help to further reduce emissions while making engines more efficient.

Magnus Henke, a spokesman for the Swedish conference organizer Ecotraffic, said first generation biofuels, including ethanol made from crops, are not as efficient and sustainable as new alternatives in cutting carbon emissions.

"If we stayed with that (first generation biofuels), we would be forced to reduce our energy consumption to a level that would be even below the one we have today," Henke said.

About 100 fuel production experts, politicians and car company representatives from a dozen countries discussed the advantages and urgency of adopting a new generation of automotive biofuels as developing countries increase energy consumption.

Leohold said that China in particular, with surging energy use caused by an expanding economy, must participate in such efforts.

While first generation biofuels are mainly made from agricultural produce like grains, corn, palm oil, and sugar cane, new energy sources being considered are paper, pulp and wood. An innovative process known as black liquor gasification produces a flammable gas made from waste left after paper pulp is purified - a more environment friendly fuel than existing biofuels.

"The efficiency level is much greater," Henke said, but stressed that car makers and fuel producers still need to cooperate to solve technical problems and reduce startup costs.

European leaders have decided that by 2020 at least 10 percent of all fuels used in vehicles will be biofuels, and the U.S. Congress is working on a proposal that would increase the production of biofuels sevenfold from current levels by 2022.