Britain's Court of Appeal upheld a 48-million pound (70 million EUR, US$94.7 million) divorce award to the ex-wife of an insurance tycoon, but expressed concern that London is becoming the world capital for big money divorces. 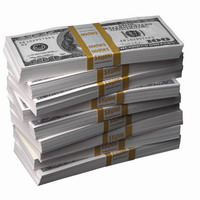 The ruling will be closely studied for guidance in other big cases, including former Beatle Paul McCartney's split with his second wife, Heather Mills McCartney.

While endorsing the settlement, the largest ever in a contested divorce in England and Wales, the court urged the government to consider recognizing prenuptial agreements as legally enforceable.

John Charman argued that the award set by a lower court for Beverley Charman, his wife of 29 years, was "grotesque and unfair."

Last July, Judge Paul Coleridge ordered that Charman give his ex-wife 48 million pounds (70 million EUR, US$94.7 million) in cash and assets, representing 37 percent of his wealth.

Charman, who built up his fortune during his marriage, is a former senior deputy chairman of the Lloyd's insurance market and now president and chief executive of the Axis Capital Holdings Ltd. based in Bermuda.

The McCartney settlement could be much bigger. His wealth is reputed to be around 800 million pounds (1.2 billion EUR US$1.6 billion) - but he was already very rich before his second marriage. Another case may be more relevant to McCartney.

Melissa Miller, an American, won a 5 million pound (7.35 million EUR US$9.9 million) settlement after a 33-month marriage - or about 15 percent of her ex-husband's assets.

Lord Nicholls, one of five judges who heard that case, noted that Melissa Miller had enjoyed a pampered lifestyle, and "that was not a standard of living the wife would be likely to achieve for herself," he said.

Despite the court's concern about London becoming a divorce capital, there are richer pickings in the United States.

Forbes.com speculated last month that the McCartneys will come in at No. 6 on the most expensive celebrity divorce list, at US$60 million (45 million EUR).

The top five were all American cases, with No. 1 on the Forbes list going to Michael and Juanita Jordan, a breakup which could cost the basketball star more than the Neil Diamond-Marcia Murphey split, which cost an estimated US$150 million (110 million EUR).

Anyone filing for divorce in Britain generally needs to be a citizen or a resident. Two Americans living in Boston, for example, couldn't pop across the Atlantic for an English divorce.

If couples have connections to two countries within the European Union, the husband would want to file "anywhere but England," said Anne Thomas of the London law firm Boodle Hatfield. For women, England and Wales are the choice. Then it comes down to who filed first, Thomas said.

One reason men want to avoid England is because prenuptial agreements are not enforceable. Such agreements tend to be more favorable to the man, she said.

Charman said he hoped to take his case to the House of Lords, the final appeal court. "English family law is in a mess," he said in his statement Thursday.

The Court of Appeal, in more muted language, said the law could be improved.

It endorsed prenuptial agreements, asking why couples could not "have at least the opportunity to order their own affairs?"

The court also focused on the impact of the House of Lords judgment in White v. White in 2000, which substituted "fairness" for the old standard of assessing the "reasonable requirements" of the former partners.

"In big money cases the White factor has more than doubled the levels of award and it has been said by many that London has become the divorce capital of the world for aspiring wives," the Court of Appeal said. "Whether this is a desirable result needs to be considered ..."