Student pretends someone else and rapes women

A nursing student told women on an online dating site that he was a doctor, an astronaut or spy in order to lure them out so he could drug and rape them. 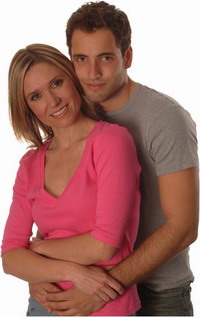 Student pretends someone else and rapes women

Defense lawyer Kathleen E. Martin called the case one of regret, not rape. She said the women consented to sexual intercourse, even if they regretted it after learning they had been duped.

"Told (by police) that Jeffrey was not a doctor, not a CIA agent, not an astronaut, they thought, 'I must have been drugged or raped,"' Martin said.

The women - attractive, ambitious professionals - told strikingly similar stories about their dates with Marsalis at a November preliminary hearing.

They spoke of meeting a smooth-talking Marsalis between 2003 and 2005, then feeling unusually intoxicated after returning from the bathroom or letting him buy a round from the bar.

The women said they woke up hours later, back at his apartment - groggy, sometimes undressed - after an apparent sexual encounter or even in the middle of intercourse.

Khan said the women felt confused or ashamed after the dates. "They thought, 'He couldn't have done anything wrong. He's a nice guy. He's a doctor. He's an astronaut,"' Khan said.

The defense attorney said the women thought they hit the jackpot meeting a doctor.

"These women are not looking for the surfer-dude type. They're looking for a trauma surgeon," Martin said.

Some stayed for a meal after sex with Marsalis or called him for a second date, Martin said. One woman became pregnant and had Marsalis take her to a clinic for an abortion, she said.

Martin accused prosecutors of "character assassination," given the lack of physical evidence or witnesses from the restaurants where the dates occurred.

The first witness Monday was a 30-year-old woman who said she became ill after having one or two beers with Marsalis at a pub. At his apartment, he told her he had had sex with several women that week.

"I told him I didn't want to have sex with him that night," she testified. Nonetheless, she said, she later woke up to find Marsalis "on top of me, having sex."

Prosecutors say it is difficult to prove the use of date-rape drugs, because they metabolize before victims are alert enough to get a drug screen. Marsalis is not charged with any drug-related crimes.

A jury could find him guilty of rape if it decides the women were too impaired to consent to sex.

Marsalis was charged last year in a similar case in Sun Valley, Idaho.