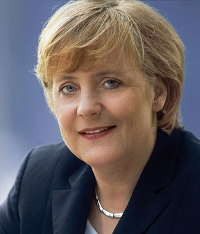 Days before Russia-EU summit German Foreign Minister Frank-Walter Steinmeier was due in Moscow on Tuesday for an unscheduled visit.

German Chancellor Angela Merkel will lead an EU delegation on Friday to a twice-yearly meeting with President Vladimir Putin in the Russian city of Samara.

Setting an unpromising backdrop for the summit, Poland - angered by a Russian ban on imports of Polish meat and plants - has blocked the EU from beginning talks with Russia on a long-delayed new agreement that would improve cooperation.

Russia's EU envoy, Sergei Yastrzhembsky, said Tuesday that any discussion of the new partnership and cooperation agreement at the Samara meeting would be indirect.

"There is no practical sense in discussing an agreement on which we cannot begin talks," the Interfax news agency quoted him as saying.

Germany is eager for the talks to be a success nonetheless, and dismissed calls from Estonia and Poland - EU members formerly under Soviet control - to cancel the event given the tensions.

"We have a whole series of problems to overcome before the negotiations can start, but I hope at least that the summit will make clear that we are interested in a close strategic partnership with Russia," Merkel said Monday in Berlin.

Merkel spoke with Putin by telephone Sunday, and Steinmeier was to meet in Moscow on Tuesday with Putin and Russian Foreign Minister Sergey Lavrov.

Speaking after chairing an EU foreign ministers meeting in Brussels on Monday, Steinmeier said prospects for meaningful agreements in Samara were bleak.

He said that "question marks remain" over ending Russian charges for EU airliners flying over Siberia - an issue that was believed to have been settled months ago.

The EU's relations with Russia have soured badly over other issues, including a dispute between Russia and Estonia over the Baltic nation's removal of a monument to Soviet soldiers from a central square in the capital.

Russian Foreign Ministry spokesman, Mikhail Kamynin, said talks on regional security at Friday's meeting would include discussions of U.S. plans to deploy missile defense elements in Poland and the Czech Republic and the Conventional Forces in Europe Treaty, or CFE, the ITAR-Tass news agency reported.

Russia has sharply criticized the U.S. missile plans and said discussions about any missile defense in Europe should include all interested parties. Putin has called for a Russian moratorium on implementation of the CFE, which limits the number and location of weapons, until NATO members ratify an updated version.

EU officials have urged Russia to lift the Polish meat ban, but the head of the Foreign Ministry's Europe department, Sergei Ryabkov, said it was up to the EU to resolve the problem. "Everything depends on how quickly and effectively the EU works on our concerns," ITAR-Tass quoted him as saying.

The EU also has concerns stemming from Russia's increasing control of oil and natural gas supplies and its resistance to an agreement that would make its energy sector subject to market economy rules. The EU argues that by opening its vast energy sector to foreign investors, Russia would secure a major upgrade of its oil and gas pipelines. The EU would get access to secure and affordable energy for the future.