A woman posing herself as an homeless orphaned boy, befriended a teenage girl in Washington state and was taken into her family's home. She has pleaded guilty to child molestation. 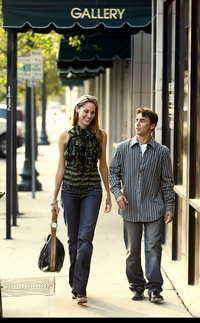 Authorities said Corpuz, who cropped her hair, passed herself off as 17-year-old Mark Villanueva after meeting the girl at a mall in September 2005. Her parents, immigrants who speak little English, later let Corpuz live at their home.

The deception became known after a traffic stop led to Corpuz's arrest on an unrelated warrant. The girl was in the car and told police that Corpuz was her boyfriend, according to documents filed in court.

Although Corpuz had sexual contact with the girl, "the suspect never let victim see her/his private parts and victim always thought that suspect was male until officer informed her otherwise," Police Officer Don de Nevens wrote. The girl also said Corpuz beat her and bit her twice on the back, leaving a scar.

The girl and her family were not in court Wednesday. Deputy Prosecutor Mark Roe said they were relieved by the outcome of the case, which drew wide attention.

"They just want to be left alone. Being a victim of a felony sex offense should not turn you into a sideshow," Roe said.

Sentencing was set for June 18.

After serving her sentence, Corpuz must register as a sex offender, and she remains under investigation for fraud and other sex offenses, including accusations in another county that closely resemble the Everett case, authorities said.

In that case, detectives looked into whether Corpuz had a sexual relationship with a 15-year-old girl three years ago.

That girl gave a nearly identical account of what happened in Everett - someone posing as an orphan named Mark and being allowed to move into her home, Deputy Scott Wilson said.