Warner Music Group will begin developing and producing video programming for TV, home video and the Internet in a bid to boost exposure - and potential sales - for its recording artists. 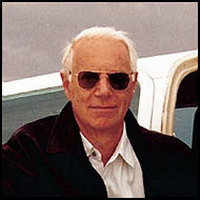 The division will also look to develop programming that is not tied directly to Warner artists, the company said.

The move by Warner comes amid an industry downturn caused by a multiyear plunge in CD sales.

Increasingly, the music companies are focusing efforts on video content as a potential alternative revenue source, particularly with the emergence of YouTube and other online video hubs as key destinations for music fans.

Specialty shows such as "MTV Cribs," in which celebrities give viewers a tour of their homes, can also help boost exposure for recording artists selling a new album, for example.

"Den of Thieves will be a fantastic way to extend the reach of our artists and music into new territory, while at the same time vastly expanding the range of content that we are able to generate within our own house," Julie Greenwald, president of Warner's Atlantic Records, said.

Ignjatovic worked at MTV for 14 years, during which he developed, created or produced several music-related shows, including "Meet the Barkers," "Diary" and "mtvICON." He is also slated to be the executive producer of the next MTV Video Music Awards, Warner said.

Prager has worked for several record labels for more than a decade. His most recent post was as vice president of video promotion at Island Def Jam Music Group, where he worked from 2002 through last year.

Den of Thieves will be based in Los Angeles, the company said.