Microsoft Corp. is resuming its pursuit of search engine operator Yahoo Inc. that could help it better compete with Google Inc. 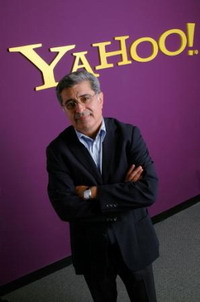 The New York Post reported Friday that Microsoft has asked Yahoo to enter formal negotiations for an acquisition that could be worth $50 billion (36.87 billion EUR). Yahoo's market capitalization was about $38 billion (28.02 billion EUR) on Thursday.

Microsoft, based in Redmond, Washington, had no immediate comment on the report, spokesman Lou Gellos said Friday.

The Wall Street Journal said executives of the two companies are looking at a merger or some other kind of matchup and said the talks appear to be early-stage discussions. It said the companies explored the idea of combining last year but the talks led nowhere.

The newspaper reports each cited unidentified people familiar with the situation.

Industry analyst Matt Rosoff with Directions on Microsoft in Kirkland, Washington, said a huge takeover is unlikely, noting that it would duplicate services MSN already provides, such as instant messaging and e-mail.

It is possible, Rosoff added, that Microsoft and Yahoo might be talking about a deal involving only online search advertising.

Microsoft is feeling increasing pressure to compete with Google, which plans to beef up its portfolio with a $3.1 billion (2.29 billion EUR) purchase of online advertising company DoubleClick Inc.

Microsoft currently trails both Yahoo and Google in the lucrative and growing business of Web search.

Google won a search advertising deal with AOL in 2005 that the Post said Microsoft wanted. In addition, Google is developing Web-based software that directly competes with Microsoft Office.

Earlier this week, Yahoo said it would buy 80 percent of advertising exchange Right Media for $680 million (501.44 million EUR), increasing its stake in that company to full control.