A Somali accused of belonging to a terrorist group affiliated with al-Qaida acknowledged to a U.S. military tribunal that he trained in Afghanistan for holy war in his homeland but denied any link to al-Qaida. 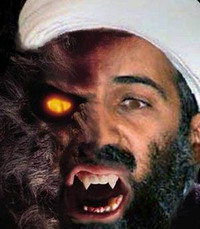 Gouled Hassan Dourad, allegedly a member of al-Ittihad al-Islami, an organization listed by the United States as a terrorist group linked to al-Qaida, is one of 14 so-called high-value detainees transferred to the U.S. prison at Guantanamo Bay last September after being held by the CIA in secret prisons abroad.

All 14 have had military hearings, called Combatant Status Review Tribunals, at Guantanamo to determine whether they are correctly classified as an enemy combatant eligible to be tried for war crimes by a military commission. Reporters were not allowed access to any of the hearings; censored transcripts of 13 of the hearings have been released by the Pentagon.

Late last month the Pentagon announced that a 15th such high-value detainee - Abdul Hadi al-Iraqi, captured late last year and formerly held by the CIA - had arrived at Guantanamo. He has not yet had his hearing.

In his hearing on April 28, Dourad declined to appear but had a statement read on his behalf by a representative assigned to him.

"I am not a member of any al-Ittihad al-Islami jihadist faction," he said in the statement. "However, I did fight jihad alongside al-Ittihad against Ethiopians, which is my right to do."

In a summary of unclassified evidence against him, the U.S. military said Dourad had been recruited by an unidentified senior al-Qaida operative who participated in the 1998 bombing of the U.S. Embassy in Kenya.

Dourad denied the U.S. allegation that he was an al-Qaida Djibouti cell leader and "senior facilitator."

"My training was solely for the purpose of fighting in Somalia, but not against Americans," he said. "I never had training in Lugh, Somalia. Why would I need training there if I already had training in Afghanistan?"

He said he was arrested in 2004 but offered no other details on his capture or detention.