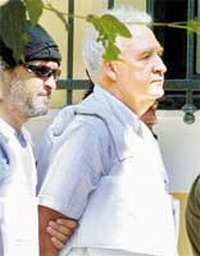 The court of Appeal Thursday upheld the convictions of six members of Greek terrorist group November 17 who got life sentences for murder.

The court also confirmed convictions for seven other members of the far-left group which is blamed for 23 killings and numerous bombing attacks between 1975 and 2002. Two members serving eight-year sentences were cleared, together with two previously acquitted suspects. The 17-month appeal was held without jurors in a purpose-built court inside a maximum security prison in Athens. Sentences will be announced Monday.