Josh Hancock, a relief pitcher of St. Louis Cardinals, died on Sunday when his sport utility vehicle slammed into the back of a tow truck. 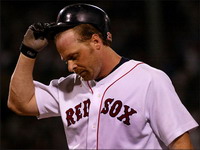 The Cardinals postponed their home game on Sunday against the Chicago Cubs. It was the second time in less than five years that a St. Louis pitcher died during the season. Darryl Kile was found dead in his hotel room in 2002.

"There's a big hole that's going to be there," Cardinals manager Tony La Russa said. "This is brutal to go through."

Police said the 29-year-old Hancock, who was single, was alone in his 2007 Ford Explorer when the SUV struck the rear of a flatbed tow truck at 12:35 a.m. The tow truck was in the left lane with its lights flashing while assisting another car that had crashed, Police Chief Joe Mokwa said.

Hancock died upon impact, Mokwa said. The driver of the tow truck, whose name was not released by police, was in the truck at the time of the crash but was not injured. Mokwa said the truck driver saw Hancock's SUV swerve just before it hit the tow truck, which weighs about 26,000 pounds (11,800 kilograms).

Mokwa said it appeared Hancock was driving at or just above the speed limit, and there were no alcohol containers in his vehicle.

"We may never know what occurred," Mokwa said. "It appears that he just merely didn't see the tow truck."

The medical examiner's office said an autopsy had been scheduled.

The Cardinals will wear patches with Hancock's No. 32 on their sleeves for the rest of the season. The team also planned a memorial for the bullpen, which already features a tribute to Kile.