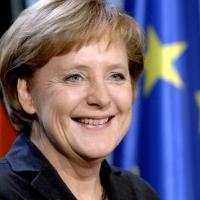 Intensified talks between Russia and the United States were welcomed by German Chancellor Angela Merkel on Saturday. Russia and the U.S. try to solve the problem of the U.S. plan to deploy missile defense systems in Poland and Czech republic.

In a telephone call with Russian President Vladimir Putin on Saturday, Merkel and the Russian president discussed a raft of international issues, including the dispute over the missile defense system, said Merkel's spokesman Ulrich Wilhelm.

"The chancellor expressly welcomed that discussions regarding security issues between the United States and Russia, and within NATO, have intensified in the past few days," Wilhelm said in a statement.

Putin has repeatedly rejected U.S. insistence that the interceptor missiles and radar systems Washington wants to deploy in Poland and the Czech Republic are aimed at neutralizing potential threats from Iran and North Korea, saying no such threats exist or are likely to anytime soon.

Merkel, whose nation currently holds the rotating European Union presidency, has supported U.S. diplomatic efforts to soothe tensions with Moscow on the issue, which is expected to feature at the annual US-European Union summit set for Monday in Washington.

U.S. Defense Secretary Robert Gates last week traveled to Moscow, as well as Berlin and elsewhere, to hold talks with officials on the program.