Six police officers are inflicted a disciplinary action after a former government minister committed suicide in her bathroom as the officers searched her home in a corruption investigation. 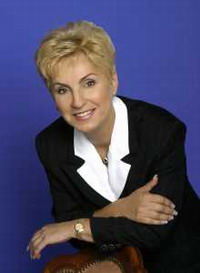 Former Construction Minister Barbara Blida shot herself in the chest with a revolver after asking to use the bathroom to brush her teeth Wednesday as officers from Poland's Internal Security Agency staged an early-morning search of her home, officials said.

Officers gave her permission and had a female officer accompany her. The female officer was standing outside the bathroom with the door open when Blida shot herself.

"The officers did not follow the proper procedures" during the search and have been suspended from active duty, said Zbigniew Wassermann, Poland's minister for secret services.

Wassermann said six officers involved in the incident face disciplinary action: the deputy chief of the agency's Katowice branch, the head of the criminal division, the officer in charge of the raid's planning and the three officers who searched Blida's house.

Wassermann said he held "a lot of reservations" about the pre-search planning. He said the agents failed to check gun ownership records beforehand, and also criticized the female agent for leaving Blida alone.

The search of Blida's home was part of a wider investigation into corruption and money laundering, authorities say.

Blida, a lawmaker for the post-communist Democratic Left Alliance from 1989-2005 and construction minister from 1993-1996, was suspected of receiving material gains, officials say.