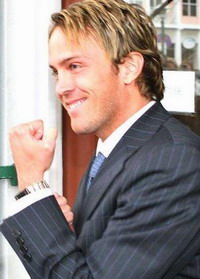 An appeals court on dismissed an effort Anna Nicole Smith's mother to block Larry Birkhead from taking the late reality TV star's daughter out of the Bahamas.

Virgie Arthur was challenging a judge's decision this week to allow Birkhead to leave the island chain with Dannielynn, his 7-month-old daughter. Her attorneys argued that Birkhead might not return as directed for another private hearing in the case June 8.

"I'm happy because this is nonsense really," Birkhead told The Associated Press outside the courthouse.

Birkhead, a 34-year-old Los Angeles photographer, said he plans to leave for the United States once he fixes Dannielynn's birth certificate to list himself as the father, as proven by DNA tests earlier this month.