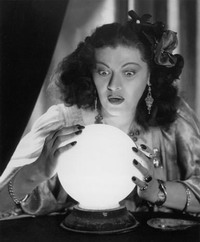 City inspectors outlaw the activity of  more than a dozen psychics, astrologers and tarot-card readers after learning about a decades-old state law that bans fortune telling for profit.

Inspectors did not make arrests or issue fines, "but they will if these people try to return to work," said Dominic E. Verdi, deputy commissioner of the city Department of Licenses and Inspections.

Verdi said the law, on the books for more than 30 years, makes fortunetelling "for gain or lucre" a third-degree misdemeanor.

Police alerted his department to the law a few days ago, Verdi said. "I was surprised," he said.

He said inspectors have closed 16 shops since Tuesday and he expected them to close more.