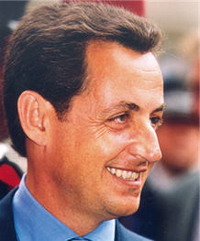 The poll released Friday showed that conservative Nicolas Sarkozy got six-point lead over Socialist Segolene Royal. But the final weekend of campaigning for the French presidency clearly recognize the winner.

Sarkozy polled 53 percent compared to 47 percent for Royal in the Ipsos/Dell survey of 1,219 people interviewed Tuesday through Thursday. The margin of error for polls of that size is generally about plus or minus three percentage points.

Sarkozy finished well ahead of Royal in the first round vote on Sunday that qualified them for the May 6 runoff. Sarkozy took nearly 31.2 percent of Sunday's vote to 25.9 percent for her.

Under French election rules, campaigning must stop next Friday night.