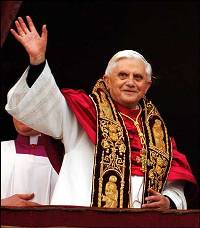 During a meeting with the pope at the Vatican last week, Ban said he invited the pontiff to visit the United Nations "at a mutually convenient time."

"I am very much happy that he accepted my invitation to visit United Nations," the secretary-general told reporters.

No date has been set for the pope's visit to U.N. headquarters in New York.

The Vatican said that during last week's 20-minute private meeting in the pope's library, Ban and Benedict "dwelled on topics of common interest," including strengthening dialogue between cultures and how the Holy See might contribute to solving international conflicts.