The Afghan government has taken over the management of hospitals run by an Italian aid group that pulled its international workers to protest the detention of a staff member by authorities. 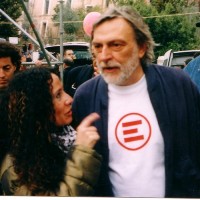 About 40 foreigners working for the aid group Emergency left Kabul two weeks ago to protest the detention of Rahmatullah Hanefi, an Afghan staff member.

Hanefi was involved in negotiations to release an Italian journalist kidnapped by the Taliban last month, and an Afghan official has accused Hanefi of helping with the abduction.

Public Health Ministry spokesman Abdullah Fahim said Emergency should have waited for the investigation into Hanefi to be completed before walking out. He added that in the meantime, the ministry will run Emergency's hospitals and pay its 1,200 doctors, nurses and staff.

"The Emergency hospitals in Afghanistan are currently operating," Fahim told The Associated Press.

Despite Fahim's assertion, a doctor running the Emergency hospital in the southern city of Lashkar Gah in Helmand province said it has dismissed 200 of its 235 employees, keeping staff only to clean up.

"One of the Italian doctors came to Lashkar Gah and had a meeting with Afghan staff, and in the end, he closed the hospital," said Dr. Mohammad Arshad Sharifi, who is running the hospital. "We have only one patient right now, and he will be discharged soon."

He said the hospital staff  none of whom are employed by the Public Health Ministry are now awaiting the government's decision to see what happens next.

Emergency runs three hospitals in Lashkar Gah, Panjshir in the north and Kabul and 28 first-aid posts across the country.

Hanefi worked in the Lashkar Gah hospital, which played a key role in brokering the March 19 swap of kidnapped Italian journalist Daniele Mastrogiacomo for the release of five imprisoned Taliban militants.

The deal was criticized by the United States and some European nations, and Afghan lawmakers and foreigners working in the country said it gave the Taliban incentive to stage more kidnappings.

Mastrogiacomo's driver was killed shortly after the March 5 abduction, and the hard-line militia beheaded a freelance Afghan journalist who was working as his translator on April 8 after authorities refused another prisoner exchange.

Hanefi was taken into Afghan custody after Mastrogiacomo's release. Afghanistan's intelligence service accused him of involvement in the kidnapping.

Fahim, of the Public Health Ministry, said Emergency should not have left Afghanistan.

"If an official or an employee of Emergency hospital is under the custody of the intelligence service in Afghanistan, it is up to the other officials of that organization to respect the laws of that country and wait for the investigation to be completed," Fahim said.

"Nobody has the right to say 'Release that person' without the completion of the investigation."

The hospital has enough supplies to operate for another three to six months, during which time it will seek other funds or support, Fahim said. If no others funding can be found, the public health ministry will administer the hospitals itself, he said.