Emirates compensate Airbus for delay in A380 plane deliveries

Emirates chairman Sheik Ahmed bin Saeed Al Maktoum expects there will be an agreement within a week on compensation with Airbus for the delay in A380 plane deliveries. 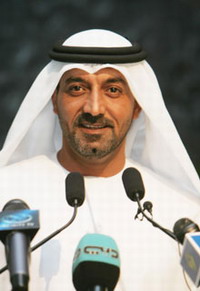 Emirates compensate Airbus for delay in A380 plane deliveries

Sheik Ahmed stressed that the national airline of the United Arab Emirates has no plans to cancel its orders of the world's largest passenger jets, in spite of a two year delay due to technical problems.

The rapidly expanding Emirates is the world's biggest customer for the A380, having ordered 45 models of the 555-seat, double-deck aircraft in a deal worth about US$13.5 billion (9.9 billion EUR).

"We have faith in Airbus," Sheik Ahmed told reporters in Dubai and added that the airline might order even more super-sized planes after the company released its results for the latest fiscal year. Emirates expect the first delivery in August 2008.

In December, the Emirates said it would seek financial compensation from airbus, saying the two-year delivery delay of the A380s had affected it badly.

Sheik Ahmed also said the airline expects the fiscal 2008 net profit to be 1O percent higher than the US$844 million (620 million EUR) the airline reported for the 12 months ending March 31, 2007.

Dubai-based Emirates is the largest airline in the Middle East by revenues and number of passengers carried. It has expanded rapidly in recent years. It has 102 aircraft and is undergoing a new fleet expansion review. It flies passengers to 89 destinations, including Bangalore, Beijing, Nagoya, and Tunis - the four destinations Emirates started flying to in the past year.