At least 22 killed in elections-related violence in Philippines 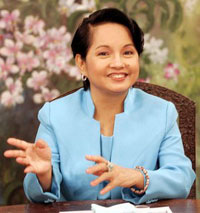 At least 22 killed in elections-related violence in Philippines

The death toll raises in Philippines as voting nears. At least 22 people have been killed in violence linked to frenzied campaigning for the Philippines' May 14 local and congressional elections.

Local elections have traditionally been marred by violence, largely due to huge numbers of unlicensed firearms, the existence of many armed groups and accusations of cheating - an already deadly brew made worse by weak law enforcement and raging communist and Muslim insurgencies in rural regions.

Although the 22 deaths and 80 violent elections-related incidents recorded by police so far are fewer than the 41 deaths and 249 cases of elections-related violence in the 2004 presidential elections, the figures are likely to rise because of political tension in many areas, police Director Wilfredo Garcia said.

Police have dismantled 52 of about 90 known armed groups maintained by politicians, arrested more than 2,000 people who violated a gun ban and seized more than 1,700 weapons that could be used in attacks since Jan. 14, the start of the elections season, in an effort to curb poll violence, Garcia said.

"Our intelligence prediction is that the violence will go up with less than three weeks before the elections due to intense partisan political activities and rivalry," Garcia told reporters.

The deaths would be added to the list of elections casualties if an investigation proves they were linked to the polls, police said.

In southern Marawi city, an unidentified man fired a rifle grenade into the house of a Commission on Elections officer before dawn Monday, causing no injuries.

An elections watchdog launched Tuesday by left-wing groups and lawmakers, Compact for Clean and Peaceful Elections, said it would invite lawmakers and political parties from nine Western and Asian countries, including the United States, Germany and Australia, to help observe balloting in areas considered security hotspots.

"The stakes in the 2007 polls are too high, such that cheating is highly probable," said Rep. Etta Rosales, one of the group's leaders.

All 265 House of Representatives seats, half of the 24 Senate seats, and more than 17,500 local positions will be contested in the elections - considered crucial because the opposition could impeach President Gloria Macapagal Arroyo if it wins enough House seats.

Two opposition attempts to impeach Arroyo failed after her House allies, who hold the majority, blocked vote-rigging and corruption complaints filed against her.