Housing projects in France have suffered riots, joblessness and a presidential campaigner who called troublemakers from their neighborhoods "scum." Sunday was their turn to fight back. 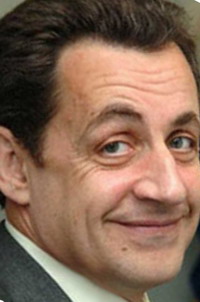 Many blacks and Muslims from troubled neighborhoods voted for the first time Sunday, saying they were motivated by one desire: to stop law-and-order, tough-on-immigrants Nicolas Sarkozy from getting into power.

Conservative Sarkozy is the front-runner after Sunday's first-round vote, but he is deeply unpopular in housing projects populated largely by second- and third-generation immigrants, many of them Muslims from former colonies in North Africa, who live mired in poverty and joblessness.

His campaign has been haunted by the word "scum," the term he used to describe young delinquents days before massive riots broke out in 2005 in suburban neighborhoods. Some youths took Sarkozy's comment as a declaration of war.

"If Sarkozy wins there will certainly be riots here in Clichy and all over France," said Moroccan-born first-time voter Mohammed Saidi. The 43-year-old electrician and father of four voted in Clichy-sous-Bois, the Paris suburb where the 2005 violence broke out.

Another first-time voter, 20-year-old Fatma Celik, said that if Sarkozy was elected, she was sure "people are going to go crazy here."

Sarkozy, a divisive figure, has reached out to minorities by promoting "positive discrimination," a policy akin to affirmative action. But many in France - in housing projects and beyond - despise the tough police tactics he instituted as interior minister, his uncompromising language, and his sometimes roughly executed drive to send illegal immigrants home.

The favorite in poor neighborhoods was the No. 2 candidate, Socialist Segolene Royal, who casts herself as a maternal figure - a sharp comparison to Sarkozy's law enforcer image.

Early results from the Interior Ministry, based on more than 75 percent of Sunday's first-round votes counted, had Sarkozy leading with 30 percent, while Royal had 25 percent. Out of 12 candidates, only Sarkozy and Royal advanced to the May 6 runoff.

Voter registration was up throughout France to 44.5 million people, adding 3.3 million voters to the pool this time around. But few areas experienced as dramatic a rise as the poor suburbs.

In Seine-Saint-Denis, the rough region where Clichy-Sous-Bois is located, voter registration was up by 8.5 percent - more than twice the average nationwide increase of 4.2 percent, the Interior Ministry has said. After the riots, suburban neighborhoods were targeted by a massive voter registration campaign, one way of addressing the disenfranchisement of young minorities who feel France has never accepted them.

The riots were sparked in October 2005 by the accidental electrocution of youths who hid from police in a power substation in Clichy-sous-Bois, and they spread to suburbs throughout France, taking in frustrations over high unemployment and racial discrimination.

The 2002 election was also a wakeup call for voters. That year, anti-immigration nationalist Jean-Marie Le Pen qualified for the runoff against incumbent President Jacques Chirac. Horrified voters from across the political spectrum united behind the conservative Chirac, handing him a crushing victory.

This year, Le Pen did not qualify for the runoff.

Sarkozy has tried to woo Le Pen voters, a sore point with many minorities. He has often said that people who don't love France don't have to stay, echoing a longtime slogan of Le Pen's National Front: "France, love it or leave it."

Sarkozy has also refused to back down from his "scum" comment.

One activist, a Togo-born rapper who goes by the name of Rost, said a few words would suffice to mend Sarkozy's relations with disaffected youths. Sarkozy must "show he respects us," Rost said, adding: "All he has to do is go on television and say 'I'm sorry."'