President Hugo Chavez will enact a law to regulate prices at private hospitals and will seize any hospital caught flouting the new controls. 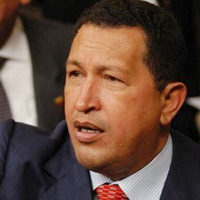 Chavez said he will approve the law by presidential decree, using special powers granted to him by the National Assembly nearly three months ago, as he aims to steer the South American country toward socialism.

"We're going to have strict regulation. Any clinic that doesn't comply, let it be closed down," Chavez said. "We could take it for Inside the Barrio (a state health program), convert it into a popular clinic. No problem."

Speaking during his television program "Hello, President," Chavez complained that childbirth costs at a private hospital can near US$4,000 (2,900 EUR).

"Medical capitalism - that's the most perverse thing," he said during the program, broadcast from northwestern Yaracuy state.

Chavez said the regulations aim to counter "the exploitation in the private hospitals, which affects the middle class above all." He did not say exactly when the law would be approved.

Chavez warned earlier this month that his government could take over private hospitals if they continue raising prices. His health minister announced plans on Saturday to regulate prices at private hospitals.