Nelson Mandela statue to be in front of Houses of Parliament 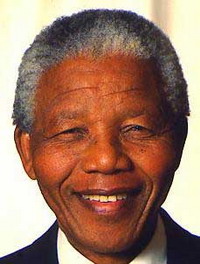 Nelson Mandela statue to be in front of Houses of Parliament

A stature of Nelson Mandela will be mounted in front of Britain's Houses of Parliament after long lasting disputes over where it should be are finally ended.

Westminster Council's planning committee on Thursday approved a plan to erect a statue of the former South African president in Parliament Square, home to statues of British luminaries including wartime leader Winston Churchill.

The council said the nine foot (2.75 meter) bronze sculpture would be displayed in the central garden of Parliament Square, facing Parliament.

London Mayor Ken Livingstone had campaigned for the sculpture, designed by Ian Walters, to be placed in nearby Trafalgar Square, where a constant vigil was held for Mandela's release from prison during the years of apartheid rule in South Africa. Mandela has spoken to crowds in the square since his release from prison in 1990.

"From the start it was my belief that Parliament Square was a more suitable location for a commemorative statue than Trafalgar Square," council leader Simon Milton said.

After his proposal was rejected, Livingstone accused members of the Conservative-controlled council of playing politics.

He welcomed the decision to place the statue in front of Parliament.

"This is a huge achievement after years of campaigning," he said. "London is proud to host this statue of Nelson Mandela, whose role in world history is finally being given the recognition it deserves."