Denmark's ambassador to Egypt has been appointed the European Union's special envoy to Sudan. 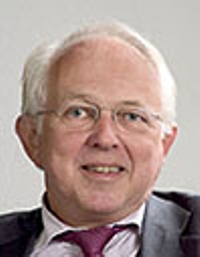 Torben Brylle, a 58-year-old career diplomat, will represent the 27-member EU in negotiations with the Sudanese government, a post that has taken on significance as the situation in the troubled region of Darfur deteriorates.

Denmark's Foreign Ministry said Brylle would assume his new role on May 1, replacing Finland's Pekka Haavisto, who has held the job since 2005.

"The EU must maintain the international focus and pressure on the government in Khartoum to make sure that it implements the agreements that have been accepted, including the deployment of an African Union-United Nations hybrid force," Foreign Minister Per Stig Moeller said in a statement.

Sudan recently agreed to the deployment of 3,000 U.N. peacekeepers to help the beleaguered 7,000-strong African Union force in the troubled Darfur region. The United Nations has been pushing Sudan to accept thousands more U.N. troops to build up a combined AU-U.N. force of 20,000.

More than 200,000 people have been killed and 2.5 million displaced in the four-year conflict in Darfur, which began when rebels from ethnic African tribes rose up against the Arab-led central government.

Brylle will report to the EU's political and security committee and the bloc's foreign and security affairs chief, Javier Solana.

Since March, Brylle has been in charge of Denmark's Embassy in Egypt, which also covers Sudan. He has previously been ambassador to South Africa.