Croatia must show concrete results in fighting corruption before it can be allowed to join the European Union. 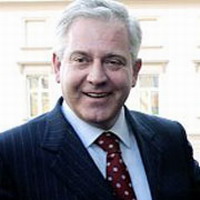 This former Yugoslav republic, which gained independence in 1992, opened EU membership negotiations in October 2005, with hopes of joining in 2009.

The EU commissioner for justice, freedom and security told Prime Minister Ivo Sanader on Thursday, however, that Croatia needed to do more to implement reforms launched recently by the government.

"Legislative reforms are not enough; we need their implementation," Frattini said after the meeting with Sanader in Zagreb.

Frattini said the government also had to tackle "concrete cases of corruption," both minor and high-level cases. Corruption once flourished here under late President Franjo Tudjman in the 1990s.

The government has said more corruption cases were brought before courts last year, which gave "a very good message," Frattini said. But "I would need figures, I would need data."

The European Union had said that, after Croatia showed full cooperation with the U.N. war crimes tribunal in apprehending key suspects, it should focus on improvements in other areas, particularly in the judiciary.