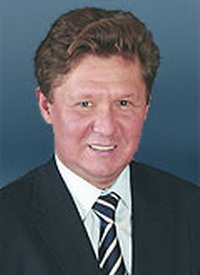 The Greek Development Ministry said Wednesday that the head or Russian state-owned OAO Gazprom Alexei Miller was due to meet with the officials to discuss the energy cooperation.

Miller was expected to meet with Development Minister Dimitris Sioufas and other ministry figures for talks on cooperation between Greece and Russia on natural gas. Russia supplies most of the natural gas for Greece's expanding domestic network via a contract that runs out in 2012, and Russia has been pushing for a new long-term arrangement.

Another potential topic is the Burgas-Alexandroupolis oil pipeline, for which a three-country agreement was signed in Athens last month.

The meetings come just after 13 major gas producers, including Russia, decided this week in Doha to coordinate gas prices more closely, leading to western fears that they could be preparing the way for a natural gas cartel to control the market.