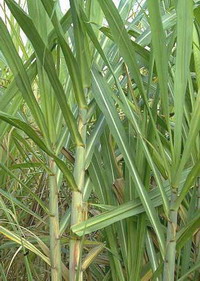 "There is a strong tendency to increase the amount of land set aside for future sugarcane crops as a result of the growing interest in fuel alcohol," IBGE said in its monthly crop report posted on its Web site Monday.

Some environmentalists have voiced concerns that the ethanol craze could accelerate Amazon rain forest destruction if trees are cleared to make room for crops.

Brazil is the world's No. 1 sugar producer and exporter, and the leading exporter of ethanol made from sugarcane. It also is the world's second-largest ethanol producer after the United States, and is ramping up production of soybean-based biodiesel.