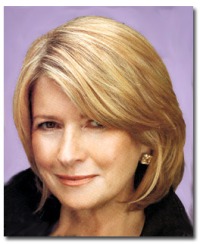 A Soyuz space capsule with two Russians, one American tourist and space dinner inside headed for a docking with the international space station Monday.

The capsule is to dock with the ISS at 1912GMT, about 50 hours after it took off from Russia's manned launch facility at Baikonur, Kazakhstan.

It is carrying cosmonauts Fyodor Yurchikhin and Oleg Kotov of Russia and American software billionaire Charles Simonyi, who shelled out US$20-25 million (EUR15-18.7 million) to be the world's fifth paying private space traveler.

Once the capsule docks with the station, it will take about two hours until the airlocks open and the crew can float into the space station. The arrival of a new crew is always a happy event, and in this case the pleasure may be whetted by the resident crew knowing that Simonyi is bringing them a gourmet dinner.

The menu, including quail marinated in wine, was selected by Simonyi's friend Martha Stewart, the American tastemaker and home decoration tycoon. Stewart was on hand at Baikonur for the rocket's Saturday launch, but it was not clear whether she would be at Russian Mission Control in Korolyov, on Moscow's outskirts, to watch the docking.

The dinner is to be eaten on Thursday, which Russia marks as Cosmonauts' Day, the anniversary of Yuri Gagarin making the first manned space flight in 1961.

The crew already aboard the station consists of Russian Mikhail Tyurin and American astronauts Miguel Lopez-Alegria and Sunita Williams. Tyurin, Lopez-Alegria and Simonyi are to return to Earth on April 20, riding the Soyuz down to a landing in Kazakhstan's vast steppes.