Prime minister of Singapore to have salary five times more than U.S. president 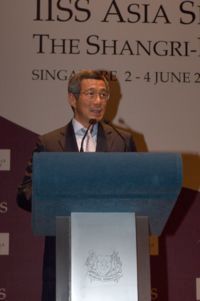 Prime minister of Singapore to have salary five times more than U.S. president

The salaries of Singapore ministers will raise be more that 60 percent by the end of 2008 and the Prime Minister’s pay packet will be boosted to a level that's five times that of the U.S. president, the officials said Monday.

The announcement came after Prime Minister Lee Hsien Loong said last month that government ministers should be earning much more than their $1.2 million Singapore dollars (US$790,000; EUR590,000) salaries to bring them in line with a standard domestic benchmark. His remarks caused much public debate about ministerial pay, which many see as already being too high.

Defense Minister Teo Chee Hean, who is also the minister in charge of the civil service, told Parliament on Monday that the salary adjustment would come in two steps. The first would raise salaries to S$1.6 million (US$1.06 million; EUR790,000) by the end of this year. In 2008, the salaries will jump again to S$1.92 million (US$1.27 million; EUR0.95 million), an increase of 60 percent over the current salaries.

"For the public service to remain an attractive employer, our terms must keep pace with the private sector," Teo said. "We do not seek to lead the market, but to keep pace with it."

The high salaries for ministers have caused grumbling in this wealthy, tightly controlled city-state. The ruling People's Action Party has said ministers' and civil servants' pay must be high enough to attract the best talent and prevent corruption.

The prime minister said last month that the salaries were just 55 percent of the Parliament-approved benchmark for ministers and top civil servants, which is pegged at two-thirds of the median income of the top eight earners in six private sector professions, including bankers, lawyers and engineers.

The increase will bring the salaries to 88 percent of the benchmark by the end of 2008, Teo said.

The prime minister and president's incomes will increase by a total of 25 percent after the two-step increase, Teo said.