French Minister for Equal Opportunities Azouz Begag has refused to support the governing party's candidate in presidential elections and  resigned. 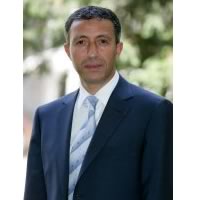 In a statement, Prime Minister Dominique de Villepin said Begag had stepped down in order "to be able to speak freely again" _ meaning he could actively support his candidate of choice, centrist politician Francois Bayrou, in the presidential race against front-runner Nicolas Sarkozy, a former interior minister.

The two-round elections are to be held April 22 and May 6.

Begag, 50, a low-profile minister of Algerian origin appointed in June 2005, announced last month he was bucking the governing party to back Bayrou, who is third in polls behind Socialist candidate Segolene Royal.

At the time, Begag said Bayrou brought "diversity" to a campaign largely focused on a dual between Sarkozy and Royal. He openly criticized Sarkozy for having called delinquent youths in poor housing projects "scum."

Begag's resignation is largely symbolic, as the entire government will be replaced once outgoing President Jacques Chirac bows out in mid-May.

In his statement, Villepin hailed Begag's "fight against discrimination and for equal opportunities and diversity." Villepin is reportedly a friend of Begag.

Research Minister Francois Goulard also has come out in support of Bayrou.