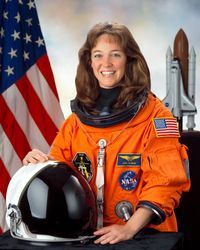 The judge presiding over the trial of a fired astronaut temporarily sealed court documents that were to be released soon and asked the layers to limit mass media contacts.

Lubet stopped short of issuing a gag order, but told both sides they were not allowed to issue any "press releases." Lubet also said he wants the trial to start in September rather than July.

Nowak was fired from NASA about a month after her Feb. 5 arrest. Police say she drove from Houston, Texas to Florida, wearing a diaper so she would not have to stop, to confront Air Force Capt. Colleen Shipman in an Orlando airport parking lot and then pepper-sprayed her. Shipman, who was dating astronaut Bill Oefelein, was able to get away.

Nowak has pleaded not guilty to charges of attempted kidnapping, burglary with assault and battery.