12 new charges were filed against a celebrity fashion designer. He is accused of sexually assaulting as many as a dozen women and girls. 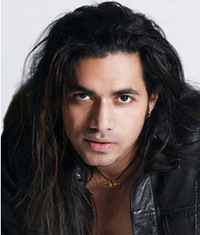 The latest charges against Indian-born designer Anand Jon Alexander include 11 felonies and one misdemeanor. The most serious were forcible rape and sodomy by use of force.

He is now charged with a total of 33 felonies and misdemeanors, ranging from rape and sexual battery to committing a lewd act on a child and contributing to the delinquency of a minor by giving her liquor, authorities said.

Prosecutors said they intended to drop one unspecified charge.

Alexander launched his fashion line in 1999 after graduating from the Parsons School of Design in New York. He has dressed celebrities including Paris Hilton, Michelle Rodriguez and Mary J. Blige.

Alexander, 33, was arrested March 6 at his Beverly Hills apartment for investigation of sexually assaulting seven women and girls.

Since then five more women, ranging in age from 14 to 23, have come forward claiming they were sexually assaulted, said Jane Robison, a spokeswoman for the district attorney's office.

The new charges cover a period between November 2002 and March 2007, she said.

If convicted of all the allegations, he could face life in prison He was scheduled to be arraigned later Wednesday.

Attorney Ronald Richards, who represents Alexander, pointed out that some of the claims were years old.

Four of the women who talked to authorities before Alexander's arrest had not filed police reports at the time of the alleged assault and only came forward after the arrest was publicized, Richards said.

The lawyer also claimed the first women to come forward were disgruntled models who failed in the fashion industry and were looking for an opportunity to capitalize on Alexander's troubles.