A Hong Kong stuntman has said that he's doubled for Jackie Chan, sparking discussion about the action star's reputation of performing his own daredevil moves. 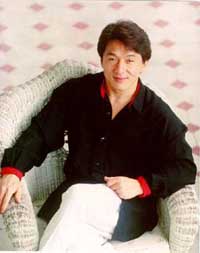 A spokesman for Chan said Wednesday that the actor uses a stunt double on Hollywood productions because of insurance reasons but he that still performs his own stunts when making movies in Hong Kong.

He did not say in which movie he doubled for Chan.

The blog entry has sparked Chinese media coverage exploring if Chan isn't as daring as his reputation suggests.

Law himself has tried to play down his comments, saying in a second blog entry, "Everyone uses stunt doubles. What's so surprising about it?"

A spokesman for Chan, Solon So, told The Associated Press in a phone interview Chan uses a stunt double in Hollywood because of insurance restrictions but rarely does so when shooting in Hong Kong.

"Hollywood movies don't let you perform moves that are too dangerous. They have insurance coverage. There are safety consultants," So said.

Law agreed with So's observations in his blog.

"Sometimes it's not a matter of whether an actor can perform a stunt but rather the movie company isn't willing to take the risk. Once an actor is hurt, the movie has to stop shooting and the financial loss is great," Law said.

Trained in Peking Opera, Chan is known for his acrobatic fighting moves and bold stunts.

In "Project A," he falls from a clock tower, plunging through two awnings before hitting the ground. In "Police Story" he latches onto a bus with the handle of an umbrella and manages to climb onto the vehicle.

In his recent Chinese-language movie "Rob-B-Hood," Chan cascades down a series of air conditioners jutting out from a tall building.

The stunts have left him with many injuries. Chan told the AP in an interview in 2005 he usually suffers from pains in his waist, knees and shoulders when he wakes up.

In an interview published on his Web site last year, Chan expressed frustration with safety rules in the U.S. film industry, where he has made movies like "Shanghai Noon," "The Tuxedo" and "Rush Hour."

"I know that they want to make sure that I'm safe when I do my stunts, but sometimes they insist that I use protective gear for even simple things, and that is frustrating. It takes so much time," Chan said in the interview.