Taliban militiaman David Hicks to speak to media in Australia

A gag order imposed by a U.S. military commission preventing confessed Taliban militiaman David Hicks from talking to the media likely can't be enforced once he returns to Australia, the attorney general said. 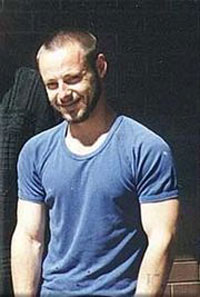 Taliban militiaman David Hicks to speak to media in Australia

Hicks, who last week admitted to aiding al-Qaida, will be sent to a prison in his hometown of Adelaide before the end of May to serve a nine-month sentence, under a plea deal agreed at the U.S. naval base at Guantanamo Bay, Cuba.

One condition of the deal is that he must not speak to the media for a year - including during the three months after his scheduled release from prison on Dec. 31.

Told by an Australian Broadcasting Corp. television interviewer late Tuesday that the gag order meant nothing and that Hicks would be able to talk to the media, Australia's Attorney General Philip Ruddock replied: "I suspect you're probably right."

Lawyers have already questioned whether Australia's government can enforce the gag order, given Australians' constitutional right to free speech. Ruddock told the ABC that the Australian government had nothing to do with the media gag of Hick's plea deal.

Ruddock also expressed doubt as to whether Hicks could be extradited to the United States to serve a six-year, three-month suspended sentence for breaking his agreement with U.S. military prosecutors.

Hicks' Pentagon-appointed lawyer, Marine Corps Maj. Michael Mori, has said Hicks could be returned to Guantanamo Bay to serve the suspended sentence if he violates any provision of his plea agreement.

Mori declined to comment on whether Hicks would be extradited for breaching the media gag or on why a gag order was written into the agreement, saying that question should be addressed to the U.S. prosecutors.

Hicks has claimed he has been physically and mentally abused since his capture by the Northern Alliance in Afghanistan in December 2001. As part of his plea bargain, he said in a signed statement that he had never been illegally treated while in U.S. custody.